Grantmakers are Free to be Bold

This is a post by NNCG Steering Committee member Mary Phillips of GMA Foundations.  It was originally published on the Boston-based Associated Grant Makers’ blog. 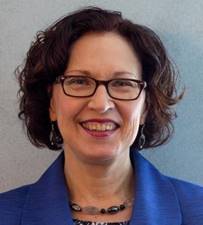 Recently we witnessed a grant application from a small charter elementary school in an economically struggling port city spark a private foundation board’s enthusiasm in an unusual way. What happened next affirmed our belief that the time funders spend working on process, clarifying their goals, and developing partnerships with their grantees leads to trusting relationships and confident philanthropic investment.

The program described in the application was a perfect fit with the foundation’s stated desire to help individuals realize their full potential while utilizing existing resources and leveraging the community’s strengths. Trustees saw strength in this low-profile independent program’s adoption of acknowledged best practices; the administrators relied on volunteers, collaborated with existing service providers to meet scholars’ needs, and targeted students and families least likely to seek enhanced educational opportunities on their own.

After making a grant at the requested level, the board invited the school’s founding director to their next meeting for an informational report on the latest progress and plans. This candid discussion further solidified the trustees’ positive impression of the school’s success with its target population, and especially of its director’s commitment, skill, and vision. The trustees learned, almost as an aside, that the school had just launched a campaign to replace their facility, an aging former public school building.

What inspires a private foundation to move beyond business as usual? How do trustees recognize the right time and the right opportunity for bold action? How might a grant that is transformative for the recipient also affect the giver?

Our client, a private foundation with annual allocations of about $2 million and individual grants averaging $33,000, was established nearly 25 years ago to support social services, health care, and education in New England.

The five current trustees have served together since 2012. In that time, and with GMA’s support, the trustees have systematically refined the foundation’s administrative policies and procedures, and they have developed a comfortable consensus on grantmaking interests and priorities, despite the foundation’s broad mandate. Although the trustees have expressed some interest in making a greater impact with larger grants, grant amounts have remained generally consistent.

Asked for advice about an unusually large grant, most experts in the field of philanthropy would offer counsel on evaluating requests for capital and on reshaping grantmaking programs for maximum impact. Such counsel would have diminished the absolute joy experienced by these trustees, might have delayed their decision, and likely would have reduced its transformative impact on the school’s campaign.

These board members agreed on this grant because they trusted one another, the grantee, and their own instincts, and because they had procedures in place that kept them informed of the grantee’s financial condition, track record, and leadership. Close monitoring of prior grants and regular contact with the grantee’s leadership permitted the trustees to act quickly.

The Power of Joy

At GMA, our staff was once again reminded not to lose sight of the joy of giving. Policies, procedures, and evaluation are vital to impact, but the “great feeling” of this decision has renewed everyone’s commitment to bold decisions that result in meaningful change.

Mary Phillips, President and Co-Founder of GMA Foundations, works with donors, trustees, and families to transform their aspirations into effective philanthropic programs. She can be reached at mphillips@gmafoundations.com. This article appeared originally in Associated Grant Makers blog, In Philanthropy, on September 8, 2015. 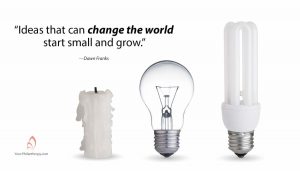 How a Few Minutes a Day Can Change the World

Join @PGMcomm on March 24th for a conversation about what "conflicts of interest" means in the context of social equity. Register here: https://www.eventbrite.com/e/deep-dive-into-participatory-grantmaking-and-conflicts-of-interest-tickets-256009730997

We <3 Cyndi Suarez! Her podcast and NPQ series "Women of Color in Power with Cyndi Suarez" explores the triumphs, frustrations, joys and sorrows of women of color in leadership. You can listen to Cyndi's podcast here: http://ow.ly/8cv950HpN9a
@npquarterly
@AllianceforNPM