Pushing Clients Beyond Their Comfort Zones 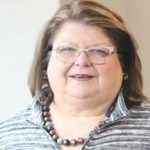 October 20, 2019 – Stephanie Clohesy, of Clohesy Consulting, believes that gender, race and ethnicity should become an explicit part of analysis and strategy for consultants and their clients. She is not afraid to push clients beyond their comfort zones, especially when working on human rights, social justice, and other complex issues intersecting with gender and race. She believes guiding change through a DEI lens is a vital role for philanthropy consultants, which includes navigating roadblocks along the way.

Stephanie Clohesy isn’t afraid to push clients beyond their comfort zone. That’s a crucial role for philanthropy consultants, she says, especially when working on human rights, social justice, and other complex issues intersecting with gender and race.

Her work with a women’s foundation in the Midwest provides a clear example. She recently helped the foundation create a bold new strategic plan that included leaps in both financial growth and higher impact. Clohesy began by working with the foundation’s staff and board to look more carefully at data and insights about women’s economic self- sufficiency that the foundation had collected in 19 communities. Most communities had cited a lack of employment opportunities as the main challenge to self-sufficiency, even though there seemed to be plenty of jobs and qualified women who were willing to work.

With Clohesy’s guidance, staff met with the communities to go deeper into root causes of economic self-sufficiency and to begin planning action strategies. On deeper reflection, many communities identified childcare as a primary root cause. When women can’t afford or find reliable childcare, it hampers their ability to enter the workforce at all and/or to avoid underemployment.
These new community insights changed the foundation’s strategies. The foundation decided to enter into deeper partnerships with community leaders and to create a new field-of-interest fund to support emerging childcare initiatives.

This isn’t simply a women’s issue, Clohesy notes, “but if you don’t look at it through a gender lens, you don’t necessarily catch it.”

Gender, race, ethnicity – all things that can put people at a disadvantage – have to become an explicit part of analysis and strategy for consultants and their clients. “Until we get more explicit, we can’t come up with the best solutions,” Clohesy says. “We need to educate consultants so that philanthropy and grantmaking can also change.”

Guiding change through a DEI lens is another important role for philanthropy consultants, according to Clohesy – an effort that might include navigating roadblocks along the way.

Clohesy helped guide the second generation of a small family foundation in the Southwest as they developed an initiative on women’s rights and human rights. The new leaders wanted the foundation’s investments to better reflect the intersectional realities of women’s lives, including issues of race, gender, and class. To do that, they proposed awarding a research grant to a leading race equity organization, with an eye toward building a program focused on the intersection of gender and race in the United States.

When the foundation’s board questioned the proposal, Clohesy helped the team regroup, guiding their discussions, listening and interpreting their vision, and facilitating their ideas from concept to concrete program. Through that work, what started out as a grantmaking effort transformed into a strong partnership that also included the support and development of a race/gender coalition in the foundation’s hometown. “A working partnership ended up being as powerful – or more powerful, in terms of their own sense of change – than making a grant,” Clohesy explains.

Through strategic planning and visioning, the foundation was able to integrate a focus on race in its work on gender and women’s rights while staying true to its core mission.

National Network of Consultants to Grantmakers

How does #disabilityjustice intersect with all movements for #justice? Join our webinar on 11/8 for an important discussion with @NotYourAvgHo101 of @BorealisPhil and Adela Ruiz of @NBAFoundation: https://bit.ly/3zacWe6