Foundations Can Increase Payouts: Here’s How 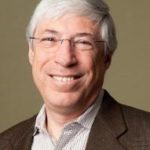 May 5, 2020 – This is a guest post by Mark Kramer, Co-Founder and Managing Director of FSG.  It was originally posted on their website.

The payout decision should never simply default to the 5% floor, nor should that be seen as an ironclad limitation.

The current COVID-19 crisis has created immense and unexpected hardship among many foundation grantees and the people they serve. Foundations are stepping up by finding innovative ways to go beyond their normal grantmaking, removing restrictions on the use of grant funds, accelerating payment schedules, and streamlining their grant application and approval process. The big question, however, is whether to increase their grant payout, as many have called on them to do, including Vu Le and several philanthropy-serving organizations. This is a particularly challenging question at a time when endowment portfolios are depressed and future investment returns look less promising.

The longstanding payout debate can be confusing and emotional, often pitting the foundation’s investment side against its program side. The investment team wants to preserve and grow the endowment; the program side wants to give out as much money as possible to maximize impact. Both sides have valid perspectives and there is no automatic answer, but the threshold question is simple: What limitations do foundations face in paying out more than 5%?

First, it is important to start with the obvious point that the 5% required payout for private foundations is a floor, not a ceiling. There is no magic about the 5% number that Congress picked in 1969. Every foundation is free to determine its own payout percentage as long as it equals or exceeds 5%, and that percentage does not need to be the same every year (there used to be a small tax penalty if a foundation paid out less than the previous year, but recent legislation has eliminated that problem).

Second, one must recognize that fiduciary duty for a foundation operates differently than for other types of endowments or trusts. Most endowments or trusts have designated beneficiaries who are entitled to the income or principal, whether that is an individual person or an institution such as a university or hospital. In those situations, the trustees and managers have a fiduciary duty to invest and protect the endowment in order to prudently maximize its future value for the beneficiary.

Foundations, however, are different. There is no specific beneficiary. The funds are simply to be used for the foundation’s charitable purposes (see, for example, here and here). The fiduciary duty of foundation trustees and managers, therefore, is to realize the charitable intent of the donor.1 Using foundation funds to further that intent may, under certain conditions, take precedence over maximizing the future value of the endowment.

The first condition that determines whether excess spending is permitted is the donor’s intent. If the donor is living, it is entirely up to his or her discretion to decide to how much to pay out, including spending down the entire foundation’s endowment. If the donor is deceased, it is still permissible to spend down the endowment if the foundation charter and bylaws permit it, or if they make clear that the foundation was not intended to last in perpetuity. If the charter or bylaws are silent about perpetuity and spending parameters, however, the law may assume that perpetuity was intended.

Most large foundations, of course, are explicitly intended to last in perpetuity as stated in their charter or bylaws. In that case, fiduciary duty includes an obligation to protect the value of the endowment by keeping up with inflation. However, there is no requirement whatsoever to increase the value of the assets beyond the rate of inflation if another course of action would further the donor’s charitable intent. In other words, for private foundations, the normal fiduciary obligation to grow the endowment as much as is prudently possible does not take priority over the charitable mission.

The difference between maximizing returns and keeping up with inflation can be considerable. For example, over the last ten years (from April 2010 through April 2020), the S&P 500 grew at an average annual rate of 11%, while inflation averaged only 1.7%. Any investment returns above the annual payout2 plus that 1.7% could legally be paid out in furtherance of the foundation’s charitable objectives, without violating fiduciary duty.

Don’t expect the CFOs, investment advisors, bankers, and hedge fund managers to understand and automatically agree with this legal analysis, even though it is accurate.3 Investment professionals live in a world where all of their other clients are adamant about preserving capital and maximizing investment returns, and they are used to managing all funds toward the same goals—not to mention that their compensation is tied to increasing assets under management over time. Their perspective is legitimate, of course; preserving capital for the future always sounds like good and safe advice, but it is only one point of view. Foundation leaders can choose to accept or reject that advice. Choosing the appropriate payout amount in any given year is a matter for the foundation’s board to determine in the way that best furthers the donor’s intent and the foundation’s charitable purposes. It is not a decision that the investment team decides for the board.

Consider, for example, the thoughtful approach used by the California Community Foundation many years ago under the leadership of Jack Shakely. They began by reviewing the total increase in value of the endowment at the end of the year, then followed three steps to determine the following year’s payout:

This approach met all fiduciary obligations, grew the assets above inflation, and also enabled the foundation to pay out considerably more than 5% in most years. In essence, the foundation shared the annual real growth of its endowment equally with the community it serves.

And for foundations that choose to respond to the crisis of today, a one-time increase in payout has a very small impact on the payout in future years. Doubling a 5% payout today means that the foundation will have 5% less principal next year, but if next year’s payout returns to 5%, then the grant budget is only reduced by 5% of 5%, or a quarter of 1%. To take an example, if a $100 million foundation that normally pays out $5 million doubles its payout to $10 million today, that extra $5 million will surely have a much greater impact than the $250,000 forgone in next year’s grant budget.

Understandably, the foundation will not want to sell its investments in a down market, but if it does not have cash reserves or other assets that can be sold profitably, it can always borrow against its assets and repay the loan when the portfolio recovers.

Of course, the argument remains that foundations tackle huge problems that can take many years to solve, and so they need to preserve as much capital as possible for the future. While every institution instinctively tries to preserve itself and grow over time, it is not at all clear that choice furthers the donor’s charitable intent more than alleviating more immediate needs. As John Maynard Keynes famously said, “in the long run, we are all dead.” Those who face acute suffering and hardship today would take little solace in knowing that the foundation will be able to help others a few decades from now.

Although we are used to thinking about the time value of money, we rarely think about the time value of social and environmental problems. They have their own form of “inflation,” however, which can be far greater than financial inflation. The cost of prevention and quick action is often only a fraction of the cost of a deferred response. The COVID-19 crisis clearly showed us that a few million dollars in better advance preparation, and an earlier response, could have saved many billions of dollars and tens of thousands of lives. The same is true of early childhood education versus remediation, or of preventing carbon emissions over the cost of devastating natural disasters brought on by climate change.

Money may grow over time, but I would suggest that the delayed cost of solving society’s problems grows much, much faster. However longterm the problem that a foundation wants to tackle, the foundation may still find that spending more money sooner is ultimately more effective in delivering on the donor’s charitable intent.

In short, the payout decision should never simply default to the 5% floor, nor should that be seen as an ironclad limitation. It should be a decision made annually that balances investment returns and inflation with the foundation’s charitable purpose and the timely needs of those it serves.